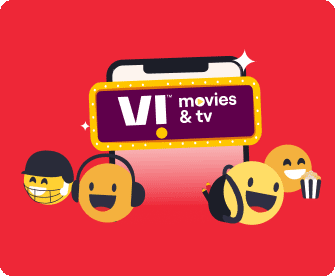 The Tamil film industry, also known as Kollywood, releases many quality superhit movies every year. Due to the dominance of Bollywood, these films don't get much recognition outside of the southern region. However, with the emergence of streaming platforms, all movies acquired global reach and ease of access. With this, massive releases and simple Tamil films are getting the limelight and acclaim from critics and audiences alike. Here are some great 2022 Tamil movies you can watch on Vi Movies & TV on the Vi App.

This power packed movie directed by Rajamouli is a fictitious story about two revolutionaries and brilliantly depicts the relationship between the two leads portrayed by Jr NTR and Ram Charan. This epic period drama got Golden globe nominations in two categories, the best motion picture and for the viral dance hit song Natu Natu.

This Mani Ratnam movie, with impeccable cinematography and background score by AR Rahman is an epic adaptation of the novel of the same name by author Kalki Krishnamurthy. Starring Karthi, Aishwarya Rai Bachchan, Trisha, and others is a period drama that depicts the power struggle of the Chola Dynasty.

Writer-director R. Balki has a knack for creating intriguing storylines, and Chup is no different. With Guru Dutt's classic movie Kaagaz Ke Phool as the reference point, this fast-paced thriller revolves around a psychopath killer who targets film critics and questions their ethics. Amidst all the crime and killings, romance is brewing between a florist, Danny (Dulquer Salmaan) and journalist Nila Menon (Shreya Dhanwanthary). Then there is Amitabh Bachchan in a cameo role, Sunny Deol, to add some gravitas and supporting actors Pooja Bhatt and Saranya Ponvannan that make the movie all the more fascinating.

The premise of this movie is a variation of the Aladdin story, where the leading character frees a trapped genie, played by Prabhudeva, who helps the protagonist solve his troubles. The bonding between dancing legend Prabhudeva and child actor Ashwath is well-depicted as a proxy father-son duo. Fun-filled visuals and high entertainment make this film a good watch for kids.

This is an interesting film with decent action sequences and some over-the-top stretches that build tension with its multiple crime angles. The incredible performance from the lead Vishal and good BGM and direction from TP Sarvanan make this movie watchable.

Although the story of this movie is quite predictable, the action sequences and Ajith's earnest performance supersedes it all. It is an entertainer and a fun one-time watch.

Enjoy all these movies on Vi Movies & TV on the Vi App!